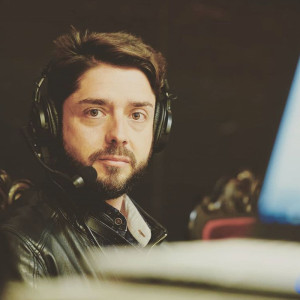 Samuel Alarcón (Madrid, 1980) is a filmmaker. In 2006 he received the Rome Prize, where he makes his first essay-film: CITY OF SIGNS (2009), screened in more than 30 festivals all around the world. Since 2013 he conducts 'El cine que viene', a Radio Show on the Public Broadcasting Radio of Spain, about independent filmmakers. OSCURO Y LUCIENTES, his second feature film, will have its premiere at the Seville European Film Festival. LET ME TALK (2019) is his latest work, a portrait of the Basque composer Luis de Pablo.