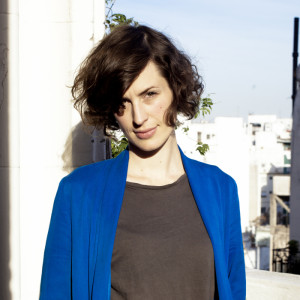 Born 1982 in Hannover, Germany. Her films played at festivals such as Locarno, Rotterdam, Viennale, Mar del Plata, BAFICI, New Directors/New Films, Oberhausen, FIDMarseille and museums such as MoMA. She studied scenography and philosophy at the University of Applied Arts Karlsruhe from 2003 - 2009.

She directed several short films and videos for theatre productions. Her graduation film Schneeränder received the development grant at Duisburger Filmwoche 2009. In 2013, her first feature film Ricardo BÄR, co-directed by Gerardo Naumann, was premiered at BAFICI and received awards at FID Marseille, Antofadocs and Duisburger Filmwoche. Her solo debut EL FUTURO PERFECTO world premiered at Locarno Film Festival (Concorso Cineasti del Presente) and received the Best First Feature Award. Since then, the film had been shown at over 60 festivals worldwide and won multiple awards. It released in theaters in Mexico, Brazil, Argentina, and the USA.

She received scholarships from institutions such as the German Academic Scholarship Foundation and the National Arts Foundation Argentina. She is an alumni of Berlinale Talents (2016). In 2018 she was selected for the Residency Program Ikusmira Berriak at Tabakalera, San Sebastián.