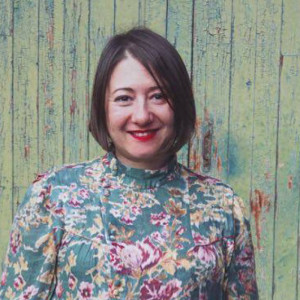 Leire Apellaniz has developed an active career as a producer and director in several film projects through her production companies Sr. & Sra. and Apellaniz y de Sosa.
She has produced the documentary films Jordi’s Letters, by Maider Fernández Iriarte, The Spy Within, by Ana Schulz and Cristóbal Fernández, The Last Summer, directed by her, and Cosmic Chant. Niño de Elche, co-directed by her and Marc Sempere-Moya.
Her first fiction feature film as a producer, Advantages of Traveling by Train, by Aritz Moreno, was nominated for 4 Goya Awards, won the Feroz for Best Spanish Comedy and was nominated for Best Comedy at the European Film Academy Awards.
In 2021 she premiered in Locarno Chema García Ibarra’s first feature film, The Sacred Spirit, and in 2022 she has premiered Faith, a documentary short film by Maider Fernández Iriarte, in Málaga and BAFICI.
She is currently producing upcoming films by Pablo Hernando, Lois Patiño, Ion de Sosa and Irati Gorostidi, and she is developing her first feature fiction film as a director, Zuria.