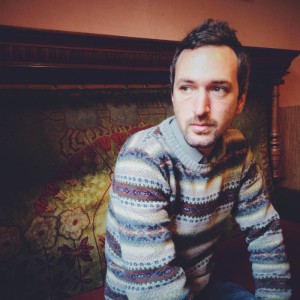 A Children's Book Illustrator and Short Filmmaker from Buenos Aires currently based in the Czech Republic. Graduated from the National Fine Arts School Rogelio Yrurtia (Buenos Aires), he has been studying for an MFA in film directing at FAMU (Prague). His early film 'Los Objetos' was premiered at The Mar del Plata International Film Festival (Argentina) and his work as an illustrator was exhibited at the Biennial of Illustrations Bratislava - BIB, in Slovakia.

My father lost me to The Beast at cards
Esteban Alfaro