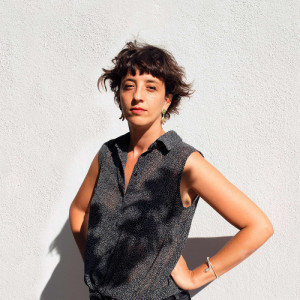 Carme Gomila was born in Maó (Menorca) in 1987. She is a filmmaker, specialized in documentary creation with a feminist perspective and the hybridization between documentary and animation. In recent years she has co-directed the animated documentary short films BLESSY (21min / Barcelona / 2018), made by four women survivors of trafficking in collaboration with three filmmakers, and ORGANIZING THE (IM)POSSIBLE (14min / Barcelona / 2017), made with the Spanish association of hotel Chambermaids Las Kellys Barcelona, and guarded with numerous awards like "Best Short" in the London Feminist Film Festival or "Biznaga de Plata - Affirming the rights of women" of the Malaga Film Festival.