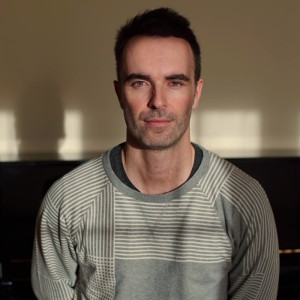 Xavier Marrades is a Catalan filmmaker. He focuses on non-fiction and experimental filmmaking. He did his undergrad at Pompeu Fabra University (Barcelona) and holds a Master's Degree in Fine Arts from the School of Visual Arts in New York City. He has made two feature documentary films "The Stranger's Land" (2009) which had its premiere at the Munich Film Festival and was shown at the Catalan Public Television. In 2016 he completed his second feature "The Pilgrim's Dive" and made his first short film "Cucli".