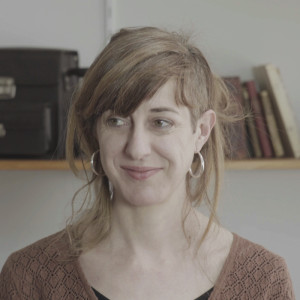 After pursuing Film Directing and Screenwriting studies, she obtained a Master's degree in Creative Documentary (ECIB, Barcelona Film School). Her first short, LA EDAD DEL SOL (The Age of the Sun, 2010), won the Best Short film award at the Alcances Festival in Cádiz and Best Director in the New Authorship category at the Sitges Film Festival (2010). She was also selected by festivals such as Documenta Madrid, among others. She co-directed the short FILMA together with Florencia Aliberti. The film premiered at the L'Alternativa Festival of independent cinema in Barcelona.

THE FESTIVAL OF LIES was her first feature film, which won her the Docs in Progress at Visions du Réel (Nyon, Switzerland, 2015) and was selected by festivals such as the Norwich Radical Film Festival (United Kingdom, 2016) or the Tlanchana Film Festival (Mexico 2017).

Her interest in the relationship between experimental film and music brought her to make several found footage films and videoclips. Together with Florencia Aliberti, she created the audiovisual pieces for the exhibition 'El país dels cuiners' ("The country of cooks") at the Museo Empordà (2019).