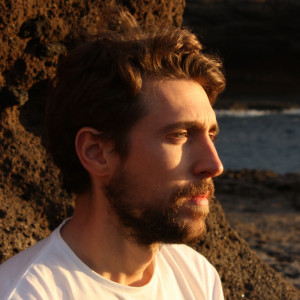 Santiago Bravo Escudero graduated in Fine Arts at the University of Seville and completed a Master's degree in Cinematography at the University of Córdoba, where he also obtained his PhD in Cultural Heritage, combining both theoretic research and practical development of different art projects in film-making. His short film VOLVEREMOS A SER RUINAS (2019) is selected at SEFF (Seville European Film Festival). In 2019/20 he studied filmmaking at Elías Querejeta Zine Eskola, where he makes two short films and began the development of his first feature film.