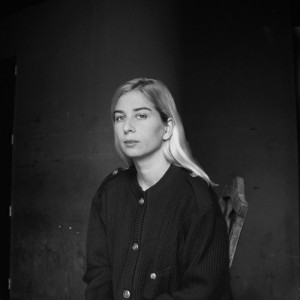 Nur Casadevall studied at ESCAC specializing in direction of photography. Her final project as director was the short film “Lina” (Best Director at Malaga Film Festival). Among others, she has directed the fashion films "Dark Side" (Festival ASVOFF 2013, Paris), "The End of Luxury" (Festival ASVOFF 2014, Paris) and another one for the clothing brand "Roberto Piqueras" (2013). She has also directed music videos: "Winter's Gone" for the American band Belle Ghoul (record company: Elefant Records, 2015) and the promotional clip for the new album of "The Suicide of Western Culture". She is currently developing the script of her first feature film. Represented by Blink in UK and CANADA in Spain.