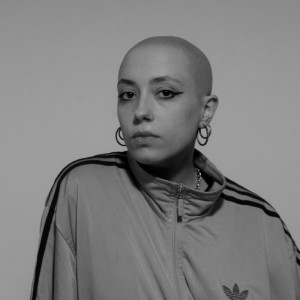 Isa Luengo has a degree in Fine Arts (UCM) and a master's in Creative Documentary (UAB). Recently, she co-wrote and co-directed the fiction short film PERPETUA FELICIDAD (Eternal Hapinness ,2022), produced by Aquí y Allí Films. She is also co-director of the documentary short film LA CIUTAT INTERIOR (2017), which was premiered at IDFA and presented at the Guadalajara Festival, Malaga, and the Mostra de Films de Dones in Barcelona, among others.

She is currently developing LOS ANDARES, her next fiction short together with Sofia Esteve, selected in the Acció Curts at Dones Visuals program; as well as the documentary series DESPLUMANDO EL CINE, produced by Fractal 7 and chosen for Cinema Pendent mentoring program at l'Alternativa.

Isa is co-creator of La calumnia, an independent research project on LGTBI genealogies in film, with whom she teaches workshops and classes in different institutions, including the Master's Degree in Gender and Communication at the UAB.