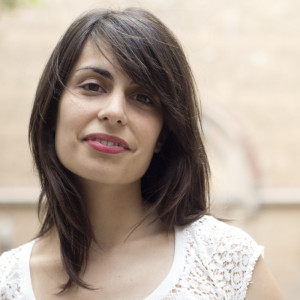 Celia Rico Clavellino has studied Media Studies and Literature Theory and Compared Literature. She also has a postgraduate degree in Script Editing and a Ph.D. in Film Theory and Analysis. She lives and works in Barcelona on the fields of film direction, production, and audiovisual projects development. She has worked in several films such a “Blancanieves” by Pablo Berger, “Dictado” by Antonio Chavarrías, “14 Days with Victor” by Román Parrado, “Guest” by José Luis Guerín and as assistant director for the director Claudia Llosa. In 2012 his short film LUISA NO ESTÁ EN CASA was premiered at the 69th Venice Film Festival and won a Gaudí Award for Best Short Film.

She has recently published the illustrated album CELIA SE ABURRE (Penguin Random House - Boolino Award 2017) and has written the children's animated TV series MIRONINS based on the work of Joan Miró, which she will co-direct in 2020.