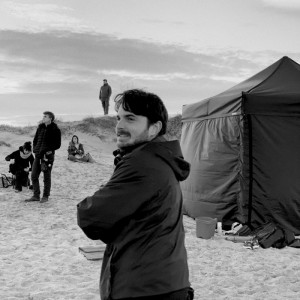 Screenwriter and film director. In 2000 he began studying Audiovisual Communication at the University of Valencia. In 2004 he moved to Madrid to study Film Directing at the ECAM.

In 2013 he produced and co-directed with Rodrigo Sorogoyen the feature film STOCKHOLM, a multi-award-winning film at several national and international festivals, winner of a Goya Award and a Feroz Award for Best Drama, which was released commercially in cinemas in Spain, Colombia, and Mexico.

He directed the short film AHORA SEREMOS FELICES (2018), winner of the Feroz Cinemajove Award, Best Actress (Ángela Boix), Cinematography, and Editing at Cortogenia, Best Cinematography at the Cartagena International Film Festival, and Best Actor (Raúl Prieto) at the Alfàs del Pi Film Festival. His latest short film is MINDANAO (2021), with which he has been nominated for a Goya Award.

In 2019 he also directed the short film SNORKEL, which received the support of the Comunidad de Madrid and has been screened at festivals such as Medina del Campo, ALCINE, CINEMA JOVE de València, and Islantilla Cineforum.