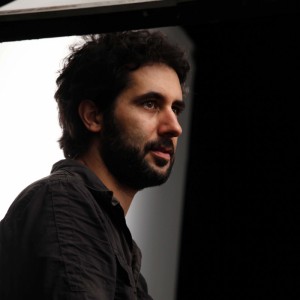 Aitor Echeverría (Barcelona, 1977) graduated at ESCAC in the year 2000, he worked as a cinematographer on several TV and film projects, like MARIA (Y LOS DEMÁS) by Nely Reguera. As a director, his titles include his videodance works APROP, FAO and EL MUR, and the short movies CASUAL and MORIR CADA DÍA. All his works had been selected in several national and international festivals, being awarded in some of them. Currently, prepares the feature film project DESMONTANDO UN ELEFANTE (Dismantling an Elephant), based on the characters of the short film “Morir cada día”.