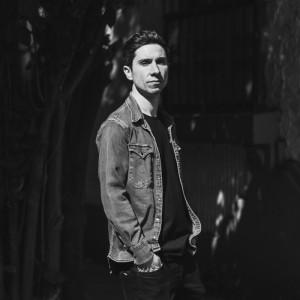 Sergio H. Martín is a Spanish film director and editor based in Mexico City. He has a degree in Audiovisual Communication from the University of Salamanca, a Postgraduate in Audiovisual Editing, and a Master's in Creative Documentary from the Pompeu Fabra University in Barcelona.

He is the director of the documentary short film THE SIX DEGREES OF FREEDOM premiered at FICUNAM in 2019 where he obtained the special mention of the jury. Later he toured competitions around the world such as Energa CAMERIMAGE Festival (Poland), Poitiers Film Festival (France), Camden International Film Festival (USA), and Brussels Short Film Festival (Belgium).

Among his most recent works, we can highlight the edition of the documentary feature film TOLORIU by Patricia Ordaz Cruz for Inicia Films, premiered in the official section of the 23rd Malaga Festival in 2020. He is currently editing Rodrigo Alonso Kahlo’s debut feature LO QUE DURA LA NOCHE as well as the short film LOS ESPEJOS by Patricia Ordaz Cruz.