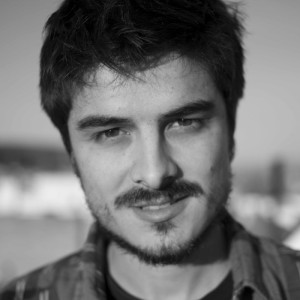 Manel Raga Raga was born in Ulldecona in 1985. After co-directing the documentary short film MATANDO EL SUEÑO (2009), he completed a M.A. in Filmmaking at ESCAC in Barcelona. Since 2010 he has worked as a filmmaker with La Fura dels Baus and in 2013 premiered the short film LA GALLINA in Venice Film Festival. In 2017, he completed a PhD of Liberal Arts in Filmmaking at the film.factory (Sarajevo), a school mentored by the Hungarian director Béla Tarr. In 2018, he presented the short film GRBAVICA in Locarno Film Festival and in 2019, he premiered HOMENATGE A JUDES in Doclisboa, where it won the best short film award.