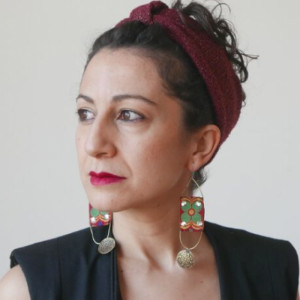 Laila Hotait Salas, Ph.D, is a Lebanese-Spanish filmmaker and artist. Her first documentary film, CRAYONS OF ASKALAN (2011) has been presented in more than 20 film festivals, including Hot Docs, the Doha Tribeca Film Festival, CPH:DOX and DocsDF. Her sound art works have been presented at international venues such as the Centre Pompidou, the Kunst-im-Tunnel Museum Düsseldorf and several art galleries. Hotait was selected by the CPH:LAB as an international emerging film talent in 2011, and co-directed the film ‘From a Distance’ with Rania M. Tawfik the same year. Her work has received support from institutions including the Arab Fund for Arts and Culture, the Sundance Documentary Fund Program, Screen Institute Beirut and the Doha Film Institute.

The Night Between Ali and I
Nadia Hotait, Laila Hotait