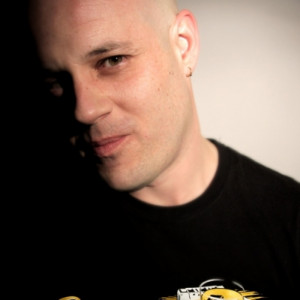 Graduate by the Complutense University in Madrid and as a technician in the IORTVE, selected at the Berlinale Talent Campus. He began at eighteen as assistant director for Fernando Colomo PC in several films (ENTRE ROJAS or MAS QUE AMOR FRENESÍ, among others). Then, as a filmmaker, he combines television in generalist channels (Telemadrid, Tele 5, Antena 3 and La Sexta) with music videos, promos, and didactic videos. In 2005 he directed SANFERMINES 78, the second highest-grossing documentary of the year, broadcasted at TVE, ETB and obtained several international awards. He has directed several short films, such as METRÓPOLIS FERRY, PORNOBRUJAS, SOY TAN FELIZ or EL ASPIRANTE, who won several awards at international festivals and broadcasts on TM, Movistar Plus, TVE or the Australian SBS. In 2006 he founded Smiz and Pixel, a production company to develop documentary and fiction projects. He is a professor at IORTVE, an activity that he combines with production and commissions as director and editor.