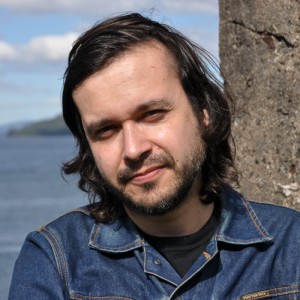 Jairo Boisier was born in Talcahuano, Chile, in 1975. He studied sociology and worked for many years as an audience researcher and teacher. At the same time, he made several short films, among which stand out “El nuevo” (The New Guy) and “Vestido” (Dressed) selected for the Clermont-Ferrand festival, and more than 30 festivals around the world with several awards. Later he wrote and directed “La Jubilada” (The retiree), his first long feature film, winning the Work in Progress Prize at the Festival International de Belfort (France) and getting his international premiere at Rotterdam. In 2012, he was resident in Paris at the Cinéfondation of Cannes Film Festival developing “Radiestesia” (Dowsing), his new feature fiction project. In 2014 he made “Big Head”, his first documentary, getting his world premiere this year at Visions du Réel and winning the Thai Short Films and Video Festival in Bangkok. Jairo Boisier lives in Dijon, France.