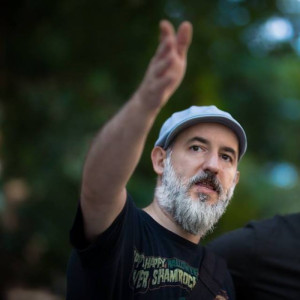 Ivan Casajús (Barcelona, 1977) studied in the Film School “Microbert”. He started his professional career working in the production and the props department in commercials and TV shows. After working as a production manager in several projects, he decided to start writing and directing his own ones: music videos for different bands and short movies based on comedy, sci-fi, and thriller genre. Among his most important works, we can find the short movies TENEMOS QUE HABLAR, INTENCIONES, and AMOLED.