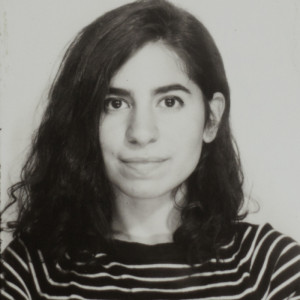 Irene Moray (1992) is a photographer and filmmaker from Barcelona. In 2012 she moves to Berlin and for three years she collaborates with the performance collective the--family with which she performs in various cultural entities throughout Europe as the Astrup Fearnley Museum in Oslo or the Chisenhale Gallery in London. During her stay in Berlin, she directs her first fiction short film: BAD LESBIAN.

She works as a photographer for different agencies, producers, and publications such as i-D, Dream Magazine, S.C.P.F., Distinto Films or Erika Lust. After four years in Germany, she decides to return to her hometown where she has shot her next short film as a writer and director: SUC DE SÍNDRIA (Watermelon Juice) premiered at Berlinale Shorts, nominee for European Film Awards and winner of the Goya Academy Award for Best Short Film.