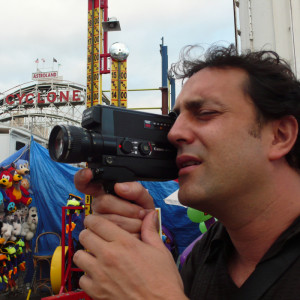 Iban del Campo discovered cinema thanks to an Erasmus Scholarship enabling him to take a doctorate course at the Nouvelle Sorbonne in Paris, later enrolling in the Master’s Degree in Creative Documentary at the Pompeu Fabra University in Barcelona. He has directed and produced several fiction short films, documentaries and false documentaries which have been selected for and presented with awards at national and international festivals. In the summer of 2008 he enrolled on a documentary course in TISCH School of the Arts (NYU) where he directed the short documentary DIRTY MARTINI. He teaches documentary film and directs Huhezinema, a basque short film festival at the University of Mondragon. His filmography as a director include THE GAS MAN (2002), KATEBEGITIK (2011), TIGGER (2017) or GLITTERING MISFITS (2019), his first feature film premiered at San Sebastian Festival.