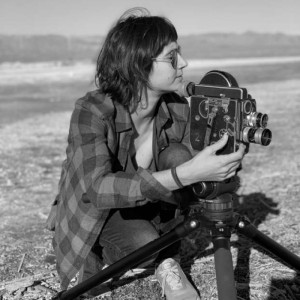 Camila Moreiras (USA / Spain) is a filmmaker and visual artist. She received a Bachelor of Arts from Hampshire College at Massachusetts and is a doctor in Hispanic Studies from the New York University. Moreiras works in experimental documentary, especially in the intersection between the environment, the body, and compulsive documentation.

Her works have been screened at museums, foundations, and festivals in The United Kingdom (CRASSH - University of Cambridge), Mexico (Laboratorio Arte Alameda), Spain (Girona Film Festival, Fundación Curros Enríquez, Ateneo de Ourense), and the United State (San Diego Film Festival, Los Angeles Underground Film Forum, among others). Her short film NOT FOR MEDICAL USE won the first prize for Best Experimental Short at the Los Angeles Underground Film Forum (2018). Her last film, SINE DIE (2021), was selected for the official competition at IDFA.

She has also written essays on contemporary visual art and taught in the Department of Hispanic Culture at the University of Southern California in Los Angeles.