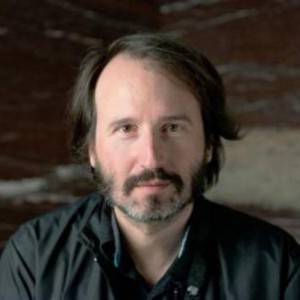 Adan Aliaga premieres his first film as director, MY GRANDMOTHER'S HOUSE, in 2006, with which he won numerous international awards, including the prestigious Joris Ivens Award at the IDFA Documentary Festival and a nomination for Best Documentary by the European Film Academy. Since then he has filmed six feature films. STIGMAS (2009), Pilar Miró Prize for the best debut film at the Valladolid International Film Festival (Seminci), ESQUIVAR Y PEGAR (2011), co-directed with Juanjo Giménez, best documentary at Reach Film Festival, THE WOMAN OF ETERNAUTA ( 2011) premiered at the Sitges Festival, KANIMAMBO (2012) special mention of the jury in Malaga and EL ARCA DE NOÉ (2014), co-directed with David Valero and premiered at SEMINCI 2014, Best film at the PNR Madrid. His latest feature film, THE FOURTH KINGDOM, co-directed with Alex Lora, has been awarded as Best Documentary Feature in the II edition of the Valencian Awards and in the Gaudí Awards of 2020.